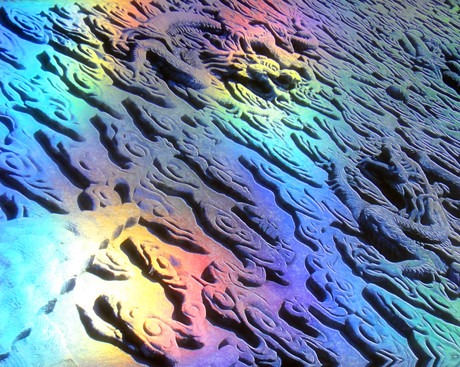 The general process includes two nip rolls, one is called as a master cylinder on which have holographic or other microstructure feature, and the other is pressure rubber roller. When film or paper passes through these two pressure, the holographic image on the master cylinder will be cast on the surface of film or paper. The UV LED curing lamp will dry UV LED lacquer on film or paper after the casting process, so holographic or other microstructure will be on the surface as well. Compared with traditional UV cast and cure process, UV LED curing system use typical single wavelength, for example, 395nm or 385nm, which is easier pass through film if the lamp is installed on the back side of the film. Also LED curing system uses cold light source so curing temp is also lower than Traditional UV lamp. Because LED lacquer is a single wavelength so it will not be dried by visible light.

41 thoughts on “What is UV LED cast and cure process?”